These three words have become a cornerstone for Hop Culture Magazine.

Last year, movements around the country spotlighted racial injustice and police prejudice, with the craft beer industry simultaneously called to action. Our community realized that beer has the power to create change. 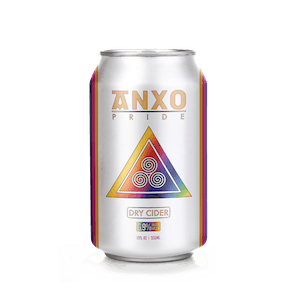 This is one of the few cidery’s we know of that has been an active participant in the queer community. Last June to celebrate Pride month the D.C.-based cidery partnered with nonprofit Casa Ruby, an organization run by transgender women of color with the vision to “create a world where transgender, genderqueer, and gender non-conforming people can pursue their dreams.” ANXO transformed its flagship Cidre Blanc into special-edition Pride cans, donating $1 from the sale of each 4-pack along with a standalone $800 donation that came directly from the cidery. Sporting an ombre rainbow hue, the limited-edition can celebrates queer culture, but most importantly puts money back into the community to create a better world for all.